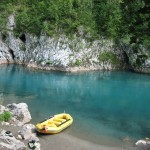 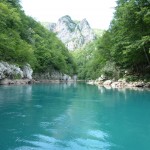 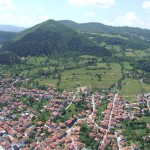 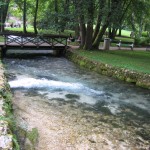 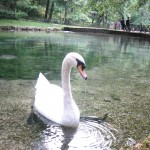 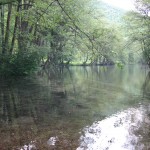 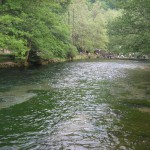 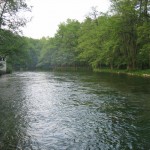 Sarajevo city - A walk through Sarajevo is a walk through it’s history. The city is famous for it’s traditional cultural and religious diversity, with adherents of Islam, Orthodox, Catholicism and Judaism coexisting there for centuries. Due to this long and rich history of religious and cultural variety, Sarajevo was sometimes called the “Jerusalem of Europe” or “Jerusalem of the Balkans”. Famous Latin bridge and place of Franz Ferdinand’s assassination - The trigger of the First World War…

Vrelo Bosne (the spring of river Bosna) - Vrelo Bosne it is one of the country’s top natural landmarks and is one of the most famous scenes of natural beauty in the region. It consists of a number of small islands connected by bridges over the various little streams. The paths and roads inside the park are ideal for walks and give the visitors the opportunity to take a closer look at the bubbling streams and waterfalls. Outdoor cafés are available offering drinks and snacks but opening times vary from season to season. Typical animals are ducks and swans among others.

Rafting on the Tara River: The Tara River Canyon also known as the Tara River Gorge, is the longest canyon in Montenegro. The canyon is protected as a part of Durmitor National Park and is a tentative UNESCO World Heritage Site. The Tara River cuts through the canyon. The last 40 km of the river Tara is located in Bosnia and Herzegovina and in several places makes the border between the two countries. In Šćepan Polje, along with the Piva river constitutes the Drina river. It is known as the “Tear of Europe”. In the upper course of the river water can be free to drink.  The canyon is part of the Tara river rafting route. The one day rafting route, from Brštanovica to Sćepan Polje is in the length of 20 km and it takes 3 to 4 hours. This part of the canyon is the most exciting because the river has the biggest drop in elevation in the shortest length. There are 21 out of 50 rapids in this part of the Tara. In 2005, the European Championships in Rafting were held on the Vrbas and the Tara rivers in Bosnia and Herzegovina. According to the International Rafting Federation, the event was hugely successful. In May 2009 the World Rafting Championships were held again in Bosnia and Herzegovina on the Vrbas and Tara rivers. Adventure lasts all day.