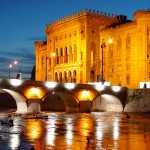 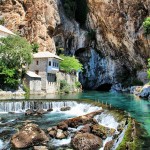 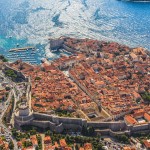 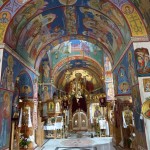 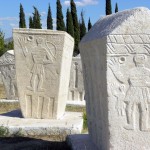 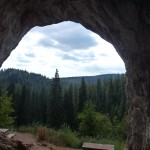 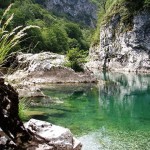 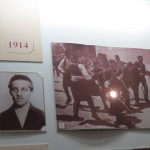 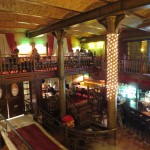 Sarajevo city - A walk through Sarajevo is a walk through its history. The city is famous for its traditional cultural and religious diversity, with adherents of Islam, Orthodox, Catholicism and Judaism coexisting there for centuries. Due to this long and rich history of religious and cultural variety, Sarajevo was sometimes called the “Jerusalem of Europe” or “Jerusalem of the Balkans”.

Visoko city - Its name was recorded for the first time in 1355, in a chart issued to the merchants of Dubrovnik by Ban Tvrtko 1st. A very important archaeological site is the medieval city of Visoko and the Bosnian Valley of the Pyramids. Represents the biggest complex of pyramidal structures in the world. It consists of Bosnian Pyramids of the Sun, Moon, Dragon, Earth and Love. The most extensive underground tunnel network is located under the valley. Several step structures, tumulus and other constructions can be found in the vicinity..

Bijambare “Bijambare Cave”. - At the altitude around 950 meters, you can enjoy the fresh air and the thick old evergreen forest full of various pine trees. There are also beautiful meadows crossed by two creeks that form small lakes which sink underground into calcified limestone rock base. Certainly, the greatest attraction are the nicely grouped accessible caves.

Jablanica, visiting the Museum “The Battle of Neretva”. Case White also known as the Fourth Enemy Offensive during World War 2.

Mostar city - Typical Mediterranean town located in Herzegovina. Towering cliffs of the Dinaric Alps from the bus are truly impressive. The city was named after the bridge – keepers (mostarima) on the banks of the Neretva river.

Belongs to one of the most beautiful cities in Bosnia and Herzegovina. It contains the Old Bridge and together with the Old Town and its old crafts is listed 2005th. – As part of world heritage by UNESCO.

Blagaj – Is situated at the spring of the Buna river and a historical tekke (tekija or Dervish monastery). The Blagaj Tekija was built around 1520, with elements of Ottoman architecture and Mediterranean style and is considered a national monument.

Počitelj – the historic site of Počitelj is located on the left bank of the river Neretva.

During the Middle Ages, Počitelj was considered the administrative center and center of governance of Dubrava župa (county), while it’s westernmost point gave it major strategic importance. It is believed that the fortified town along with its attendant settlements were built by Bosnia’s King Stjepan Tvrtko 1st in 1383. The walled town of  Počitelj evolved in the period from the 16th to the 18th centuries. Architecturally, the stone-constructed parts of the town are a fortified complex, in which two stages of evolution are evident: medieval, and Ottoman.

Dubrovnik -  Ragusa, Latin: (Ragusium) – is a Croatian city on the Adriatic Sea, in the region of Dalmatia. It is one of the most prominent tourist destinations in the Mediterranean, a seaport and the center of Dubrovnik – Neretva County.

The prosperity of the city of Dubrovnik was historically based on maritime trade. As the capital of the Republic of Ragusa, a maritime republic, the city achieved a high level of development, particularly during the 15th and 16th centuries. Dubrovnik became notable for its wealth and skilled diplomacy.

Trebinje (Cyrillic: Требиње) – is the southernmost municipality and city in Bosnia and Herzegovina. It is a part of the Republika of Srpska entity and is located in southeastern Herzegovina, some 20 km from the Adriatic Sea. The city was first mentioned in the 10th century. For Trebinje is said that it is “the city of the sun and platan trees”, and it is one of the most beautiful cities in Bosnia and Herzegovina.

The 15th-century Tvrdoš monastery is located five kilometers south-west of Trebinje, including a church which dates back to the late antiquity.

Tjentište - the historical and geographical location in eastern Herzegovina, the depression of expansion in the valley Sutjeska. In length, has three and one mile in width, and while the bottom is about 560 meters above sea level. It lies between the gorge and Prosječenice Ćurevske gorge, near Foca.

Tjentiste over rising branches Zelengora, Ozren Milinklade and Ljubin grave, and the right Volujak, Maglic Vucevo, Perućica and Dragos-saddle. Largest rainforest is located in the Mt Medieval. In it in 1971th the imposing monument erected (by Miodrag Zivkovic) and the ossuary of dead soldiers in the Fifth enemy offensive. The museum and a monument inscribed the names of 7,000 fallen soldiers in the legendary battle of Sutjeska.

Tjentište at the time of Yugoslavia was a famous tourist spot, known as the Valley of Heroes, with the annual visit of around 30,000 tourists.